A Root Cause Analysis is a method of problem-solving that is used to identify the root causes of issues or problems. By identifying and addressing the root causes, organizations can prevent these issues from happening again. In this blog post, we will explore every aspect of Root Cause Analysis. We discuss the meaning, when to use it, who can use it, its goals, different tools, its benefits and its pitfalls. As well as software to help you overcome these pitfalls.

What is Root Cause Analysis?

Root Cause Analysis refers to the process of studying and understanding the root cause of the problem that leads to non-conformances in the organization. It involves broader investigations by analyzing every piece of detail crucial for the implementation of corrective actions. The organization can also base on the information derived from Root Cause Analysis to bulletproof its workflows from being affected by the reoccurrence of the same problem in the future. To achieve this, a series of steps could be adopted and implemented.

When should you use a Root Cause Analysis?

Root Cause Analysis can help to fix problems, but it can also be used to improve processes, prevent quality issues, and prevent problems from happening in the first place. In general, when a problem is found or a requirement is not met, first you will create a Non-Conformance Report, and then the appointed party will do a Root Cause Analysis.

Situations, which can result in a Root Cause Analysis are:

Root Cause Analysis can be used in many different types of industries such as space, aerospace, defence, manufacturing, healthcare, service, and construction.

Who can do a Root Cause Analysis?

Basically, the organization can choose to employ both internal and external teams of experts to investigate the problem. But this could also depend on the scale of the problem and how much impact it caused on the organization. If there is an occurrence of a major non-conformance, a sophisticated team of experts has to get involved to broadly analyze the problem.

External players could also be involved in the process of executing the Root Cause Analysis to gather high-quality findings from an independent perspective, which the organization may badly need to make proper decisions.

The goal of a Root Cause Analysis

Root Cause Analysis is primarily implemented to achieve 3 major goals. And these include the following:

There are different types of analysis to get to the root cause of a problem. In this way, Root Cause Analysis is seen as a bundle of different tools and methodologies. And the type of analysis used usually depends on the problem being solved, as well as the industry or sector in which an organization operates.

Here are some popular Root Cause Analysis tools:

This is a simple yet effective tool for getting to the root cause of a problem. As the name suggests, 5 Why Analysis requires the problem solvers to ask the question “why” five times. Doing this helps to peel back the layers of a problem until its root cause is uncovered.

The 5 Why Analysis tool is especially useful for simple problems that have a linear cause and effect. It’s also quite popular because it’s easy to use and doesn’t require too much data.

This tool is also popularly used in different industries for Root Cause Analysis. It is also known as a fishbone diagram or cause and effect diagram. The Ishikawa Diagram helps problem solvers to visually display the different possible causes of a problem. In this way, it becomes easier to identify the root cause. Steps in using an Ishikawa Diagram include the following:

After analysing you will find the potential causes.

This is a graphical tool used for prioritization. Pareto Chart is popular in different industries as it helps organizations quickly identify which areas require immediate attention. It also allows decision-makers to see which problems are more important than others.

In using a Pareto Chart, the first step is to determine the different factors that contribute to the problem. Then, these factors are ranked according to their contribution or impact on the problem. After which, a graphical representation is made to easily see which areas need more attention.

The Pareto chart is based on the principle that states that 80% of the effects come from 20% of the causes. In other words, a small number of factors contribute to the majority of the problems. Fixing this 20% can have a big impact on the entire system.

The Benefits of Root Cause Analysis

Root Cause Analysis offers significant benefits to the organization and these include;

Preparing for the worst and mitigating the effects

The organization is able to understand in detail what, who, where and when the problem of non-conformance has happened. With a better understanding of the problem, it helps to devise the right strategies and approaches employed to correct the problem and mistakes that may result in significant losses for the organization.

So, when non-conformances have been discovered, the organization is able to understand the damage caused, the financial losses incurred and the reputation damage it caused. But with a better understanding of the rate of impact, the organization can also learn from mistakes and implement preventative actions that could safeguard it from the recurrence of the same problem in the future.

Any organization requires a better understanding of the challenges it faces and knowing how to deal with them. Root Cause Analysis incentivizes the organization’s players to front and prioritizes the idea of better planning. This will help in deriving the best mechanisms for solving problems by effectively operationalizing quality management systems in the organization.

Root Cause Analysis provides crucial information about the risks and costs that arise as a result of non-conformance. The organization will be able to understand the costs associated with the problem and how to mitigate them. For example, it could be crucial to understand the following;

Root Cause Analysis helps the organization identify the loopholes in its operations and close them. Such operational loopholes could be identified in form of deviation from the actual standard operating procedures, something that could lead to non-conformances in the organization. When established protocols and procedures are not followed by operational teams, it affects the efficiency and integrity of the entire workflow. Root Cause Analysis can help to;

A thorough investigation into the root causes of non-conformance, helps the organization reinvent its quality management systems and adopt a new operation philosophy. The organization can redesign its approach to quality assurance and risk assessment of its products and the entire ecosystem from manufacturing to the final consumer. Non-conformance is something that could undermine the delivery of quality products especially when proper procedures and guidelines aren’t followed. Therefore, strategic interventions like;

Understanding the process of Root Cause Analysis

The process of executing Root Cause Analysis involves a couple of steps that have to be taken. These include the following:

One of the primary goals of Root Cause Analysis is to identify the problem by gathering all the details that can help to explain why non-conformances happened. The root cause is identified and properly documented to help decision-makers in the organization understand the best mechanisms to employ while responding.

The best way to understand the problem is to have as many details as possible. The people charged with analyzing and studying the problem need to make sure every detail is gathered and nothing is left behind. Crucial questions like why did the problem happen? Who is responsible? How did it happen? When did it happen? And what should be done to offset the problem? In the process of gathering critical data about the problem, all these questions need to be answered in the most honest way. If any detail about the problem is left out, it could seriously limit the organization’s ability to execute an effective corrective action in response to the perceived non-conformances.

But also, while solving the problem, there are important considerations to put in mind and these include the following: 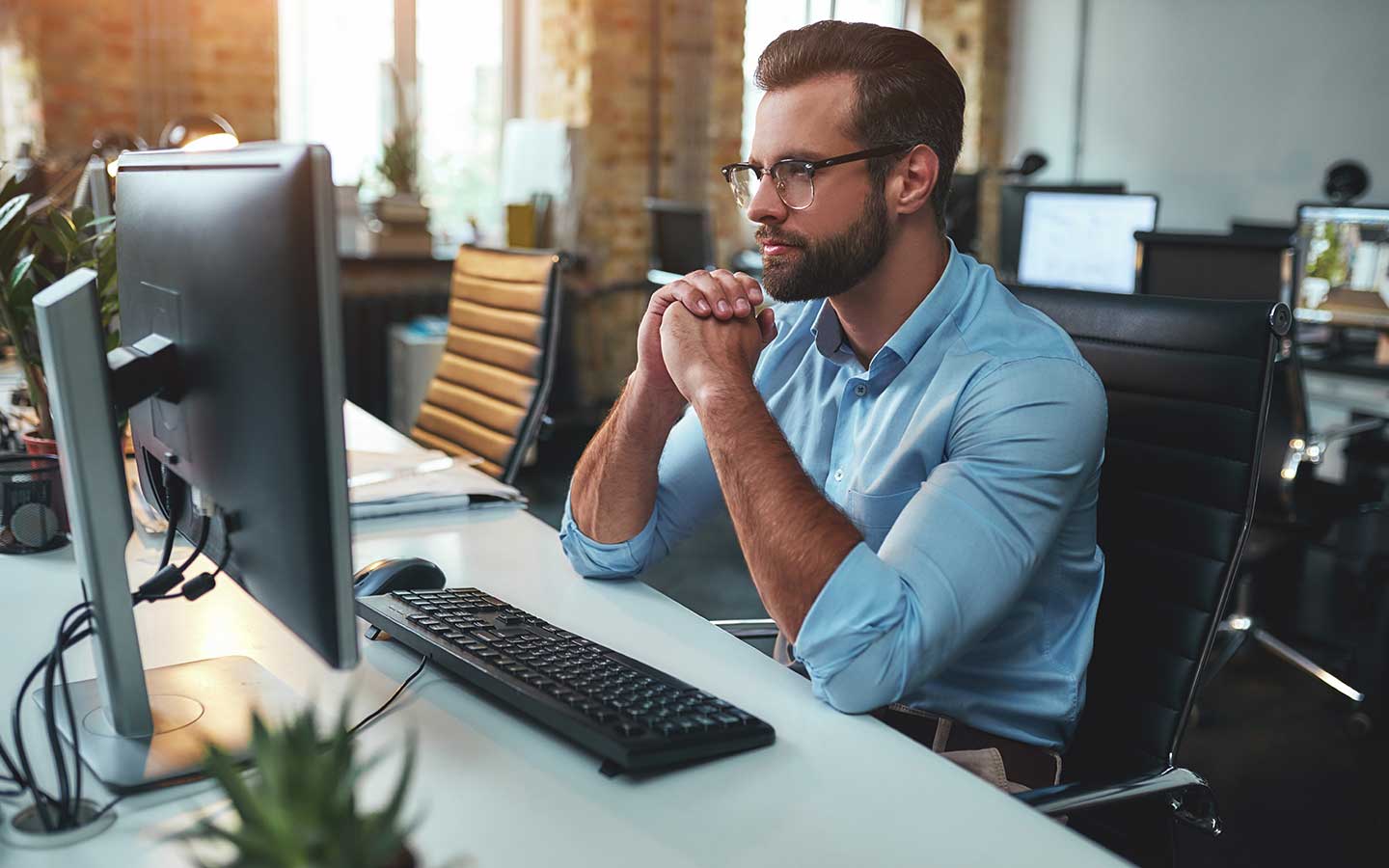 Pitfalls of the Root Cause Analysis process

As much as the Root Cause Analysis is a very essential process in quality management, there are certain pitfalls that could make it ineffective. These pitfalls include:

Relying on common knowledge or assumptions rather than evidence-based data: This usually happens when decision-makers do not want to invest in getting accurate information about the problem. Instead, they just want to quickly come up with a solution without having all the facts.

Not involving all stakeholders: While executing Root Cause Analysis, it’s important to involve all relevant parties. Failure to do this could lead to a situation where some ideas are not captured, and as a result, the organization might not be able to fully offset the problem.

Communication: After the Root Cause Analysis is concluded, it’s important to communicate the findings and decisions made to all stakeholders. This ensures everyone is on the same page and working together to solve the problem.

Not taking action: After the Root Cause Analysis is complete, and all the details about the problem have been gathered, it’s important to take action. But sometimes organizations might be reluctant to do this because of the fear of the unknown. Also, some decision-makers might not want to be held responsible for the actions taken.

Not tracking problems: In some cases, the Root Cause Analysis might identify a problem that happened in the past, and it’s no longer possible to take corrective action. In such a situation, it’s important to have traceability so that similar problems can be prevented in the future.

Use eNCTS during your Root Cause Analysis

The eNCTS Module and the ECLIPSE Software Suite help to prevent problems and pitfalls by providing an accurate way of capturing and recording non-conformances, actions and documents. It ensures that all stakeholders have access to the same information, and it’s possible to take corrective action quickly.

Contact our experts today to find out more about how you can use eNCTS and the ECLIPSE Software Suite in your organization.

This website uses cookies to improve your experience while you navigate through the website. Out of these, the cookies that are categorized as necessary are stored on your browser as they are essential for the working of basic functionalities of the website. We also use third-party cookies that help us analyze and understand how you use this website. These cookies will be stored in your browser only with your consent. You also have the option to opt-out of these cookies. But opting out of some of these cookies may affect your browsing experience.
Necessary Always Enabled
Necessary cookies are absolutely essential for the website to function properly. This category only includes cookies that ensures basic functionalities and security features of the website. These cookies do not store any personal information.
Non-necessary
Any cookies that may not be particularly necessary for the website to function and is used specifically to collect user personal data via analytics, ads, other embedded contents are termed as non-necessary cookies. It is mandatory to procure user consent prior to running these cookies on your website.
SAVE & ACCEPT